Supporting the Children and Families of Victor, New York 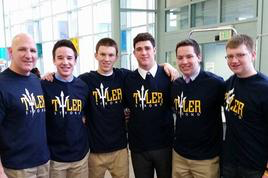 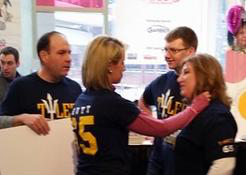 Tyler Hutt lived his life courageously, and his passion for life was contagious. Although Tyler passed away at the age of seventeen, his legacy and spirit continue to thrive. Tyler, our beloved son, brother, friend, and teammate, found strength through adversity, and we know that he’d want others to do the same. We created the Tyler Strong Foundation to celebrate children and families in our community who embody Tyler’s spirit and personify a Tyler Strong way of life.

Tyler Hutt loved life. Tyler was so passionate about life that he decided to surprise his parents by arriving in the world six weeks early. Along with his passion for life came challenges, but Tyler never saw these hurdles as obstacles; he just accepted the speed bumps of life and never gave up. Before the end of fifth grade, Tyler dealt with kidney issues, endured five surgeries, and survived a blood clot in his brain.

Although Tyler’s life was different than most kids, he didn’t see himself that way. Tyler developed a love of sports and learned what it felt like to be a part of a team. He played, coached, and umpired youth basketball, played junior varsity golf, and developed his biggest love: football.

Tyler was a HUGE Buffalo Bills fan and loved everything about the sport, from playing flag football to becoming a member of his school’s varsity team. During the years following his blood clot, Tyler couldn’t play football, so instead, he coached alongside his father. Even when he played varsity, but was sidelined for a knee injury, he still supported his team and the community of Victor.

Tyler’s spark for life didn’t end with football. He lived his life by the Golden Rule and treated others as he wanted to be treated. He demonstrated leadership qualities and showed kindness to all, especially to his parents, brother, family, friends, and the Victor community. In Tyler’s memory, remember, “Be kind and never quit!” That is what T. Hutt would do!

The Tyler Strong Foundation supports kids and families living in Victor, New York. We donate scholarships and awards to members of the community who’ve gone through hardships but have demonstrated perseverance and a zest for life, much like Tyler Hutt.

Since our inception in 2014, the Tyler Strong Foundation has donated $60,000 in scholarships and awards. Because of your generosity and support, we’ve supported the following causes with your donations:

Your Donations Make a HUGE Impact 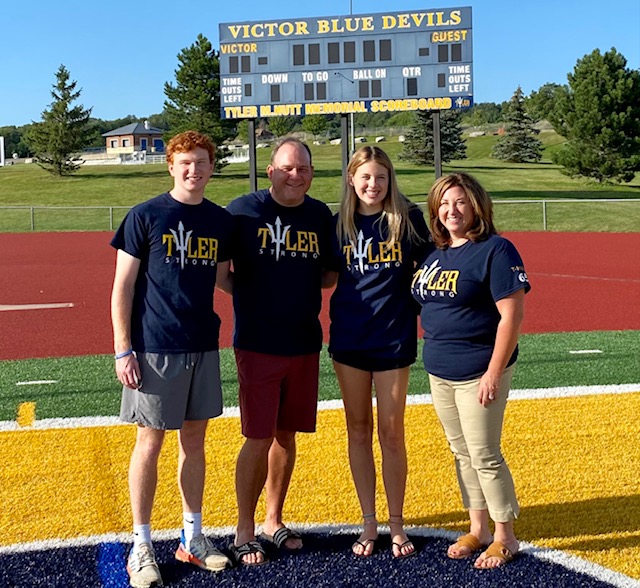 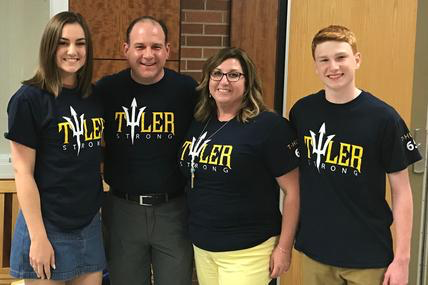 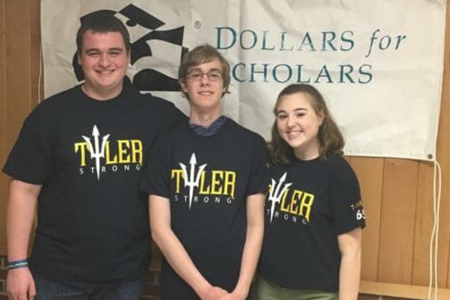 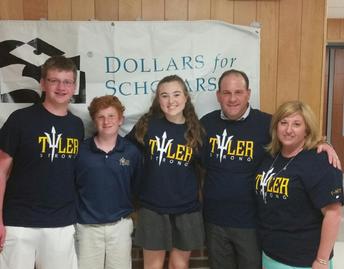 Samantha was an officer for Cares Club and DECA, as well as a Key Club, Younglife and Link Crew member

As a young fifth grader, this recipient donated 11-inches of her own hair to Locks for Love and only 5 years later she donated and will continue to donate her hair to Children with Hair Loss, a non-profit organization that donates hair to children at no cost. She also aspires to participate in activities to help families in need. 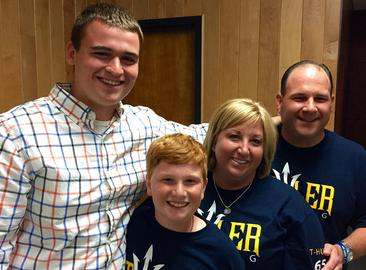 Connor moved to Victor halfway through his sophomore year.   He met Tyler his first day at Victor.  Conner played football and basketball.  He graduated with a 104.5 average
Connor is currently attending Hamilton College where he is majoring in economics and playing football.Type your paragraph here.

Choose an amount you wish to donate above to be start the donation process.

We accept donations by mail, too! Simply send your check to:

How Donations Are Used

The Tyler Strong Foundation supports kids and families living in Victor, New York. We donate scholarships and awards to members of the community who’ve gone through hardships but have demonstrated perseverance and a zest for life, much like Tyler Hutt.